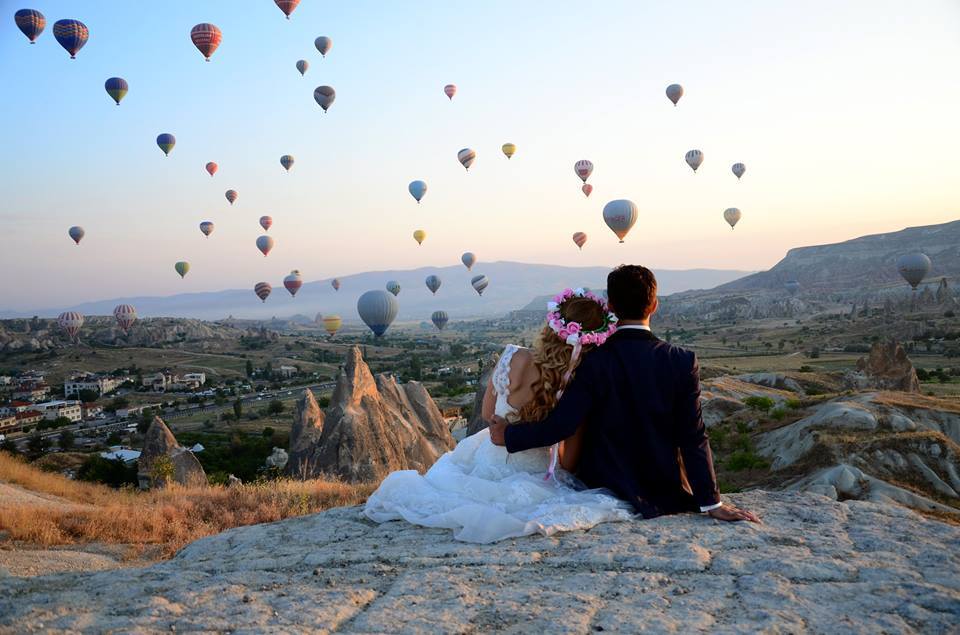 If you go by plane, you can fly at any time of the day. After a night's stay, the hot air balloon company will pick you up from your hotel early in the morning and transfer you to the flight destination. After the hot air balloon flight, you will come back to your hotel. You are free after this activity, which takes a total of 3 hours. If you want to return to Istanbul, you can visit the area until the flight time. Guests arriving by plane in Cappadocia generally prefer to take 2 days 1 night or 3 days 2 nights package tour. Package tours include flight tickets, airport hotel transfers, accommodation in the hotel, guided daily tours. If you don like to fly back to Istanbul, you can go to Izmir or Antalya airport. But you have tell this when you are booking flight tickets in Istanbul.

It is a total of 3 hours of activity. For the Cappadocia hot air balloon tour, you are taken from your hotel an hour before the flight time and brought to the flight point.
After a light breakfast, security information is given together with the balloons being inflated and the flight begins.
The flight, which lasts for approximately 1 hour during sunrise, can end 10 minutes early or late depending on the wind's intensity and landing point. Standard flights take 60 minutes. After all the activities are finished, you will be left to your hotel. Total duration is around 3 hours. You will be picked up from your hotel at 5:00 in the morning and return to your hotel at 8:00.

If you go by bus to Cappadocia, you will arrive at your hotel after a tiring 12-hour journey. You will rest at the hotel that day and get on the balloon early the next morning. After returning from the balloon tour, you can participate in guided tours. At the end of the evening tour, you will return to Istanbul by bus. If you do not want to return to Istanbul, it is possible if you want to go somewhere else. They usually go to places such as Pamukkale and Antalya by bus. If you like stay one more day, the next day you can visit with local guide other part of Cappadocia. If you take package tour from Istanbul, 2 days 1 night or 3 days 2 nights then you can be more relax because it is organize for you. Package tours include bus tickets, hotel transfers, accommodation in the hotel, guided daily tours.

Where you can visit in Cappadocia?

Göreme Open-Air Museum: Göreme Open Air Museum is a place where you will enter a completely different world. In this different world where the missionary and seclusion of Christians escaped from oppression and where the monastic life started, you will meet many churches, chapels and living areas carved into the rocks.

Zemi Valley: Sarnic Church, Görkündere Church, Saklı Church, and El Nazar Church are in this valley. You will find rich vegetation in this hidden valley, which is quite suitable for walking.

Uchisar Castle: Uchisar Castle is like the roof of Cappadocia; The snowy head of Erciyes, Kızılcukur, Ürgüp, Avanos, or the whole region is spreading under your feet. A place where you can watch the sunset and take panoramic pictures of Cappadocia.